Rachel Garza, son Toby and NICU nurse Micki Mulat reunite to celebrate Toby’s 13th birthday at The Woman’s Hospital of Texas on July 2. Toby spent 11 weeks in the Level IV NICU after he was born prematurely at just 27 weeks in July 2008.

HOUSTON, TEXAS – On July 2, 2008, Toby Garza was admitted to the Level IV NICU at The Woman’s Hospital of Texas after being born at 27 weeks and weighing only 1.10 pounds. Like thousands of other NICU graduates, Toby received the latest medical treatments available to help him reach the developmental milestones necessary to be discharged home to his family after an 11-week stay. He was cared for by a dedicated team of neonatal doctors, nurses, respiratory therapists and numerous support staff.

Exactly 13 years after his birth, Toby, his mother, Rachel, and father, Larry, returned to The Woman’s Hospital of Texas with his younger brother Joseph to celebrate the milestone birthday with those they credit it to. The family wanted to not only show their appreciation to the NICU nurses, but also wanted to show them the official teenager they helped save so many years ago.

Rachel explained that when she had to have an emergency cesarean delivery after suffering from a placental abruption, a serious condition in which the placenta separates from the wall of the uterus before birth and can deprive the baby of adequate amounts of oxygen and nutrients, she didn’t think they would celebrate any birthdays together. “I went into the OR thinking that was it, I was going to lose my baby. I never thought we’d have 13 hours with him, let alone 13 years.”

In addition to arranging the precious gift of seeing a 2008 NICU graduate again, Rachel and her family treated the nurses to an assortment of desserts and thank you notes from Fort Bend County elementary school students.

Being reunited with Toby was particularly special for advanced neonatal nurse Micki Mulat,RN, BSN, who cared for Toby during his 11 weeks in the NICU. “When I saw Rachel, all the memories came back to me and I got very emotional,” said Mulat. “As NICU nurses, this is what we do. We want to see our patients do well when they discharge. We don’t always get to see them grown up and it was really nice to be able to get to see Toby grown up and doing so well after all these years.”

Rachel will never forget the medical care Toby received during his nearly three-month NICU stay or the emotional care she received from his nurses and the March of Dimes NICU Family Support Program, which has served families at The Woman's Hospital of Texas for over 10 years. The NICU Family Support Program offers resources and materials to empower, educate, and support families throughout their NICU journey.

After going through such a challenging experience, Rachel felt like her family could never repay the care team for their expertise, guidance and support. The family became passionate about paying it forward, and they created the non-profit Care for Caregivers – Texas, to do just that. A special part of the Garza family’s return to The Woman’s Hospital of Texas was to present a monetary donation from their non-profit to March of Dimes, allowing them to give back to the organization that helped them through such a stressful time.

“The Garza family represents the journey so many of our families experience while their children are in the NICU and why the work of March of Dimes is so important,” said Brandi Clark, March of Dimes NICU Family Support Program coordinator at The Woman’s Hospital of Texas. “March of Dimes is appreciative to the Garza family for their donation, which will help us continue to provide education and support to so many additional NICU families for years to come.” 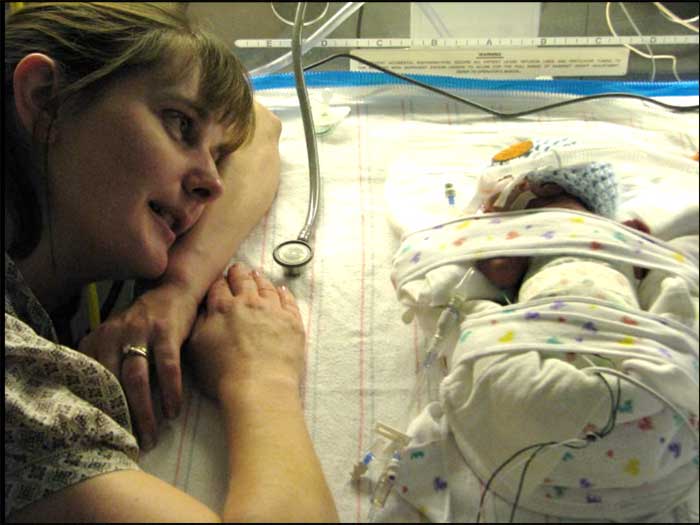 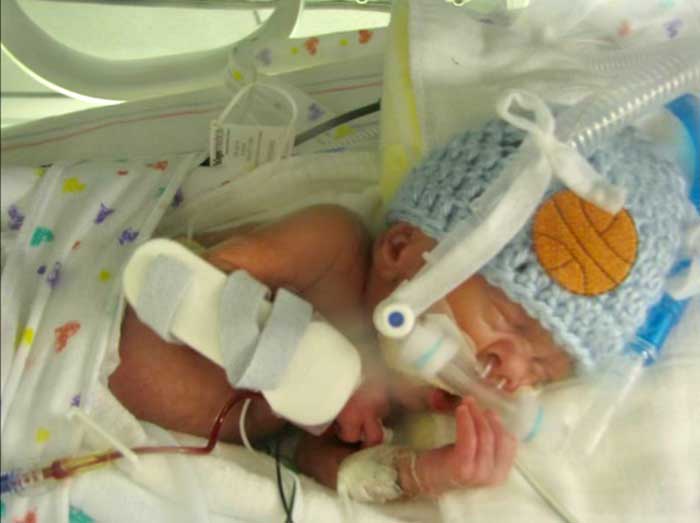 Toby Garza was just 24 days old when this photo was taken of him on July 26, 2008 in the NICU at The Woman’s Hospital of Texas. 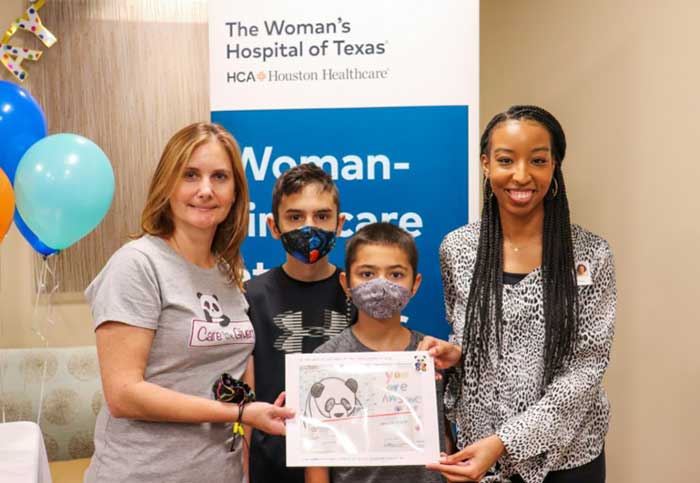 Rachel Garza, with sons Toby and Joseph, present a check from her family’s non-profit Care for Caregivers to March of Dimes Family Support Program Coordinator Brandi Clark. Garza started the organization to give back to healthcare workers and organizations that dedicate themselves to helping patients and their families after her son Toby spent 11 weeks in the NICU at The Woman’s Hospital of Texas. 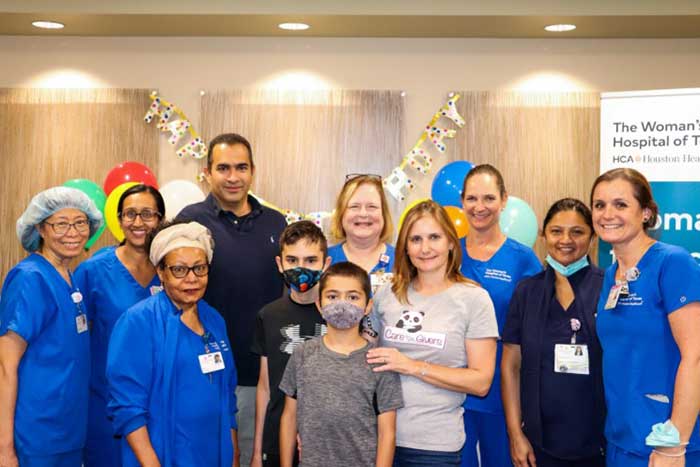 The Garza family poses with several NICU nurses as they returned to The Woman’s Hospital of Texas in honor of their son’s 13th birthday. The family provided treats and a generous donation to help other NICU families supported by the March of Dimes Family Support Program.
Previous
Next